The 15th edition of the Spanish Biennial of Architecture and Urbanism, sponsored by the Ministry of Transport, Mobility and Urban Agenda under the Directorate General for Urban Agenda and Architecture created in collaboration with the Higher Council for the Architectural Colleges of Spain (CSCAE) and the Arquia Foundation is being sponsored for the first time by COMPAC exclusively.

The company will be taking on the sponsorship of the most important event on the Spanish architectural calendar alone. The event, with a marked international profile is taking place over two physical locations as well as a third online virtual forum under the heading Under-populated Spain / Over-populated Spain. Reconciliation strategies. The exhibitions will be held at the Mies Van der Rohe and Lilly Reich Barcelona Pavilion between June 28th and September 16th as well as the Patio Herreriano of Valladolid by Juan Ribero Rada, between July 2nd and September 23rd with a selection of the most outstanding Spanish architectural and urban planning projects from the last three years (2018 – 2020) and is being curated by a team of architects drawn from two practices located in Valladolid and Barcelona: Óscar Miguel Ares, Anna Bach and Eugeni Bach.
COMPAC as a company has been a sector leader for 45 years innovating within the surfaces industry and its materials have been selected by some of the most demanding and renowned specifiers.

This collaboration is underlined by the company philosophy, the promotion and support from COMPAC for the most important landmarks on the national as well as the international scene and thereby consolidating its links with Spain’s institutional authorities. In addition we are committed to one of its most important objectives, that of making architecture and urban planning more accessible to citizens generally, as set out by BEAU (Spanish Biennial of Architecture and Urbanism).
As stated by the organisers of the 15th edition of BEAU, “this edition aims to provide a meeting point that will go beyond the strict scope of architecture and urban planning in order to highlight both their social and cultural value together with respecting and caring for these disciplines.”

In the development of this edition COMPAC is helping to focus on the capacity of the various territories that exist in this country; on a Spain that is densely population and dynamics; and on the other hand one that is under-populated, more stagnant and empty. This is examined under seven themes: Territory, Society, Sustainability, Gender, Demographics, Collectivity and Economy.
“It’s an honour to be able to add something, however small, to this landmark event in architecture that rewards and promotes talent and that looks for synergies in architectural projects that aim to improve the quality of life of our society. COMPAC after 45 years of consolidating its development continues in its search to establish alliances to build a committed future reflecting the company’s own values: innovation, sustainability, unique design, trustworthiness, courage, relevancy, teamwork and prestige. I can honestly say that the connection with this the 15th edition of BEAU is in perfect harmony with our core business.” As stated by Paco Sanchis, CEO of COMPAC. 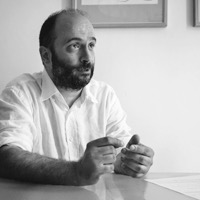 Graduated as an architect from the Valladolid Escuela Técnica Superior de Arquitectura, ETSAVA (1998) with a Doctorate form the Valladolid University. Professor of Architecture at ETSA Valladolid. His work has been recognised with awards at the 14th Spanish Biennial of Architecture and Urbanism, with projects exhibited within the Spanish Pavilion of the 12th Venice Biennial as well as being short-listed for FAD awards, ENOR and the CSCAE Spanish Architectural Awards; in addition he has received several international awards including The Plan Award (Milan 2019, Venice 2018) and has had work exhibited in New York, Paris, Milan as well as Venice. 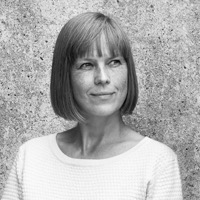 Graduated as an architect from the Helsinki University of Technology (2001) with a Masters in Project Theory and Practice from ETSAB, UPC. Doctor of Education at EINA, Barcelona’s University School of Design and Art, UAB. Her work has been recognised with awards including, among others, an International FAD Award, Temporary Project FAD Award and FAD Critics Award on four separate occasions, as well as being selected as a Finalist for the Spanish Biennial and Ibero-American Architectural and Urbanism Biennial, Nominated for the Mies van der Rohe Architectural Award and works exhibited in venues such as the Cité de l’Architecture in Paris as well as the Spanish Pavilion of the 7th and 15th editions of the Venice Biennial. 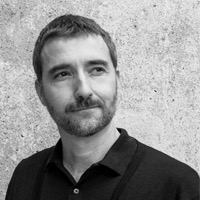 Graduating as an architect from Barcelona’s Escuela Técnica Superior de Arquitectura, UPC (1999), he is a Professor of Architecture at the ETSAB UPC and the EPAI Masters at the ETS La Salle Architecture faculty, URL. His projects have been recognised with numerous awards, including, among others, an International FAD Award, Temporary Project FAD Award and FAD Critics Award on four separate occasions, as well as being selected as a Finalist for the Spanish Biennial and Ibero-American Architectural and Urbanism Biennial, Nominated for the Mies van der Rohe Architectural Award and works exhibited in venues such as the Cité de l’Architecture in Paris as well as the Spanish Pavilion of the 7th and 15th editions of the Venice Biennial.

ABOUT SPANISH BIENNIAL OF ARCHITECTURE AND URBANISM (BEAU)
The Spanish Biennial of Architecture and Urbanism (BEAU) has been around since 1991 offering a view on architectural and urban planning trends happening in Spain, with a specific emphasis not only on refurbishment, reformation and promotion in different categories but also research and development carried out in Spain into work methods, products and new technologies connected with this field. Since its first edition different activities associated directly with architecture have been integrated, organised by different institutional collaborations, a travelling exhibition that brings together those works considered of merit awarded with special prizes by the Biennial under its various categories. The Spanish Biennial of Architecture and Urbanism is therefore conceived not only as an event but an open process over the intervening two years between editions.

ABOUT COMPAC
Founded in 1975, COMPAC is the first Spanish company specialising in the manufacture and distribution of marble and quartz surfaces. COMPAC is today a large multinational company with 100% Spanish capital and a significant international presence.

Over recent years COMPAC, The Surfaces Company, has maintained a sustainable growth converting it into a reference within the decorative surfaces sector: marble, quartz and COMPAC obsidian, underscored by the opening of new international facilities in New York, Miami, England and Portugal. As well as introducing ongoing improvements and the expansion of its centres, the incorporation of new productive lines and the innovative developments within its wide selection of brands, products and collections – always true to its commitment to sustainability and innovation supporting unique design.